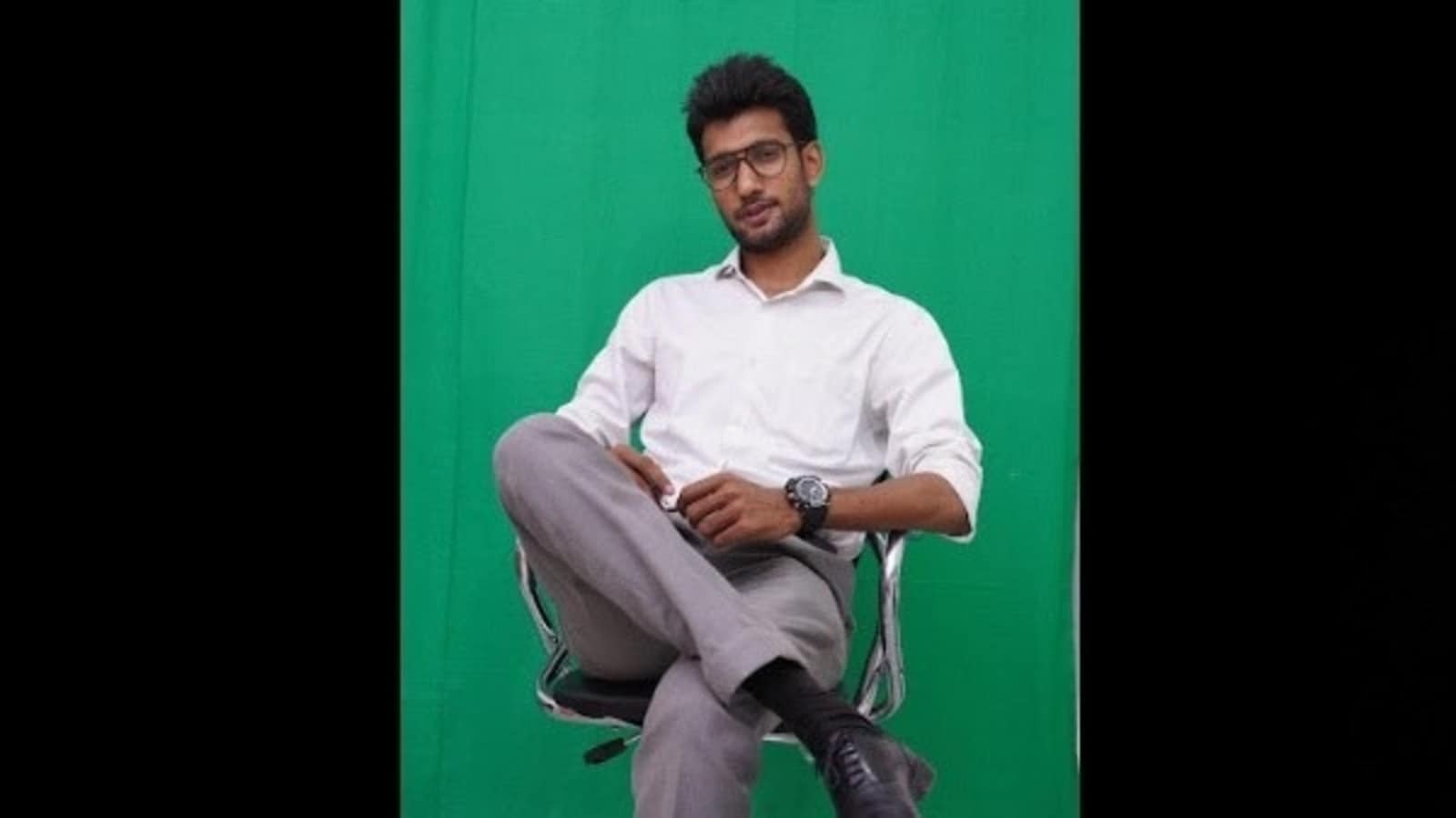 If there’s one thing everyone learns quickly when working from home – especially anyone limited to a laptop screen – it’s that there is never too much workspace. . This year’s CES delivered more than a few display solutions for design professionals looking for room to breathe, including with Dell announced their expansive 5K2K UltraSharp 40 curved WUHD monitor with 5120 x 2160 pixel resolution.

In the real world, the release of the UltraSharp 40 Curved WUHD offers almost too much of a good thing. In our testing using both a Surface Pro X on Windows and the new Apple MacBook Air on M1, we found ourselves having to halve the resolution using the Surface Pro X (no flaws in the screen itself ; output was hampered by the device’s underpowered graphics output) or a reduced resolution to 4608 x 1944 in macOS to make the operating system usable for everyday tasks while keeping a plethora of application windows and browser open simultaneously. But even at reduced resolution, the ability to work on one big screen rather than two provides an efficient / competent desktop experience that is all too easy to get to grips with.

In person, the screen’s curve is (thankfully) subtle across the expanse of its 40-inch display, improving readability of UI elements pushed to the outer edges.

One of the concerns we tested when migrating from a 2014 iMac 5K was whether the difference in brightness between the two displays would be noticeable. We’re relieved to report that the UltraSharp 40 Curved WUHD’s 300 nits of brightness are perfectly usable even from a desk placed next to a window (for comparison, our 2014 iMac 5K is rated at 461 nits). Likewise, the difference in pixel density although noticeable was not so pronounced as to be annoying when switching between photo editing apps, reading and writing text. 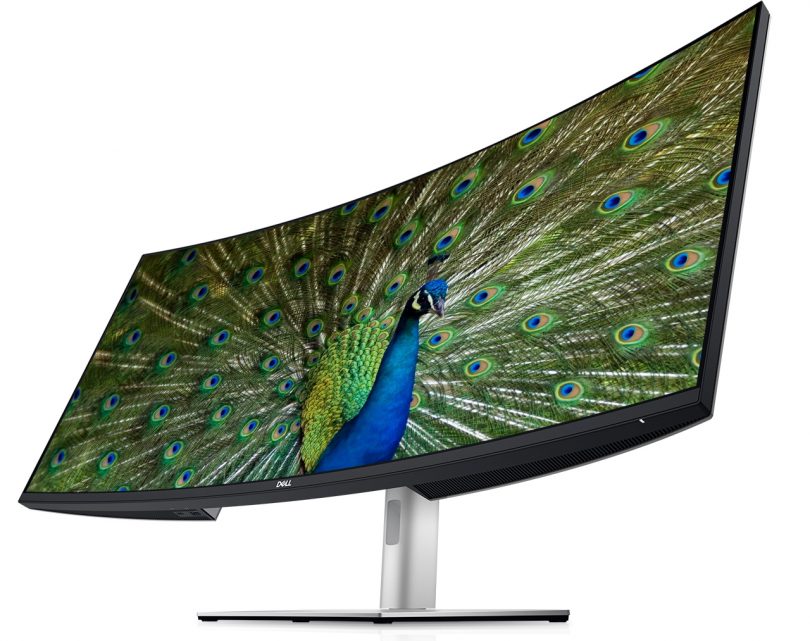 While total screen size is the monitor’s immediate selling point, the Dell is rated for up to 1.07 billion colors for 100% sRGB, 100% Rec. 709.98% DCI-P3 color accuracy, with 5 millisecond response time at 60Hz refresh rate.

But what makes the Dell UltraSharp 40 Curved WUHD a monitor to rule them all is the parade of screen ports behind and below. Most users won’t run out of options, thanks to the monitor’s range of ports that essentially function as its own hub. Connecting and powering our MacBook Air M1 is made simple with the inclusion of a Thunderbolt 3 port that supports 90W charging. In addition, the monitor hosts another Thunderbolt 3 / DisplayPort, two HDMI 2.0 ports. (10-bit color at 30 Hz), one DisplayPort (10-bit color at 60 Hz), one audio output, four 10 Gbps USB Type-A ports, one USB port one upstream port, USB 3.2 Gen2 ports, one RJ45 Ethernet port, one 10 Gbps USB Type-C port, and one USB-C downstream port. The plethora of ports should eliminate the need for an additional hub for the majority of users, freeing up office space from clutter.

An important warning for anyone switching to an ultra-wide screen of this size for the first time is the possibility of eye strain. Dell includes ComfortView Plus, a permanently integrated low-light blue display that reduces harmful blue light emissions. Nevertheless, sufficient distance between the user and the screen is advisable to mitigate the effects of working behind such a large, high-resolution screen.

There is a pair of baffles. An inconsistent distance between the millimeter gap between the monitor bevel and the display panel can be spotted along the edges, a detail most pronounced at the bottom center of the monitor. The gap is admittedly subtle and disappears in everyday use, but can disturb those who demand the perfect fit and finish. The second problem is much more minor and normal for almost any monitor of this size – the built-in 9-watt speakers are tiny at best and would be better replaced by external speakers. Still, for an investment of $ 2,100, the audio output leaves room for improvement. 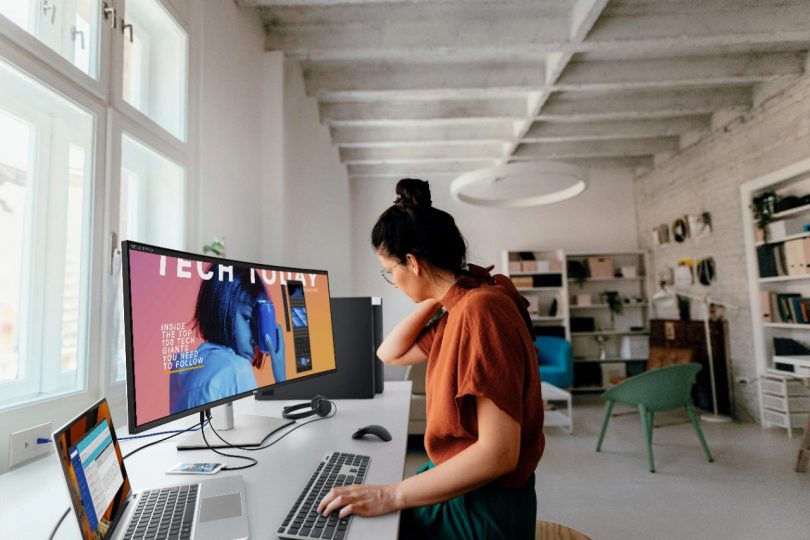 All in all, Dell’s beautiful display beast provides a compelling argument that bigger can be better, an argument that can convince users – whether they’re Windows enthusiasts or macOS enthusiasts – that working from there. A single large screen can do the job of two screens more efficiently. While $ 2,100 is by no means a budget option, Dell’s UltraSharp 40 curved WUHD monitor ticks almost every brand we’d want to work from a screen while working from home.